BoJ Minutes: Will ease further if needed, USD/JPY stalling in the sell-off


The Bank of Japan published a study of economic movements in Japan after its actual meeting, coming in as follows:

Board members agreed on no change to BoJ’s stance of taking additional easing steps without hesitation if needed.

One member said japan’s monetary policy challenge is to address too-low inflation, unlike in the western economy.

One member said BoJ must remain mindful of the need to make its monetary framework sustainable as the ultra-loose policy is likely to be prolonged.

One member said BoJ must look not at commodity, and forex moves, but the impact they have on the economy and prices.

One member said a weak yen is positive for japan’s economy at a time like now when the output gap remains big, and the inflation trend is very low.

One member said more companies passing on higher costs to consumers, which is a development not seen during japan’s period of deflation.

One member said japan’s core consumer inflation may move around 2% for the first half of fiscal 2022 due to rising raw material costs.

One member said core consumer inflation to hover around 2% for time being but is unlikely to exceed 2% in a sustained manner.

One member said there is growing chance core consumer inflation will reach 2% but that is driven by one-off factors.

One member said trend inflation is likely to gradually heighten ahead as a driver of price rises shifts from supply to demand.

As per the analysis from the New York session, the yen is firming as follows:

In the prior multi-timeframe analysis, USD/JPY Price Analysis: Bears are lurking and a significant correction could be on the cards, a topping formation was highlighted on the 5-min chart: 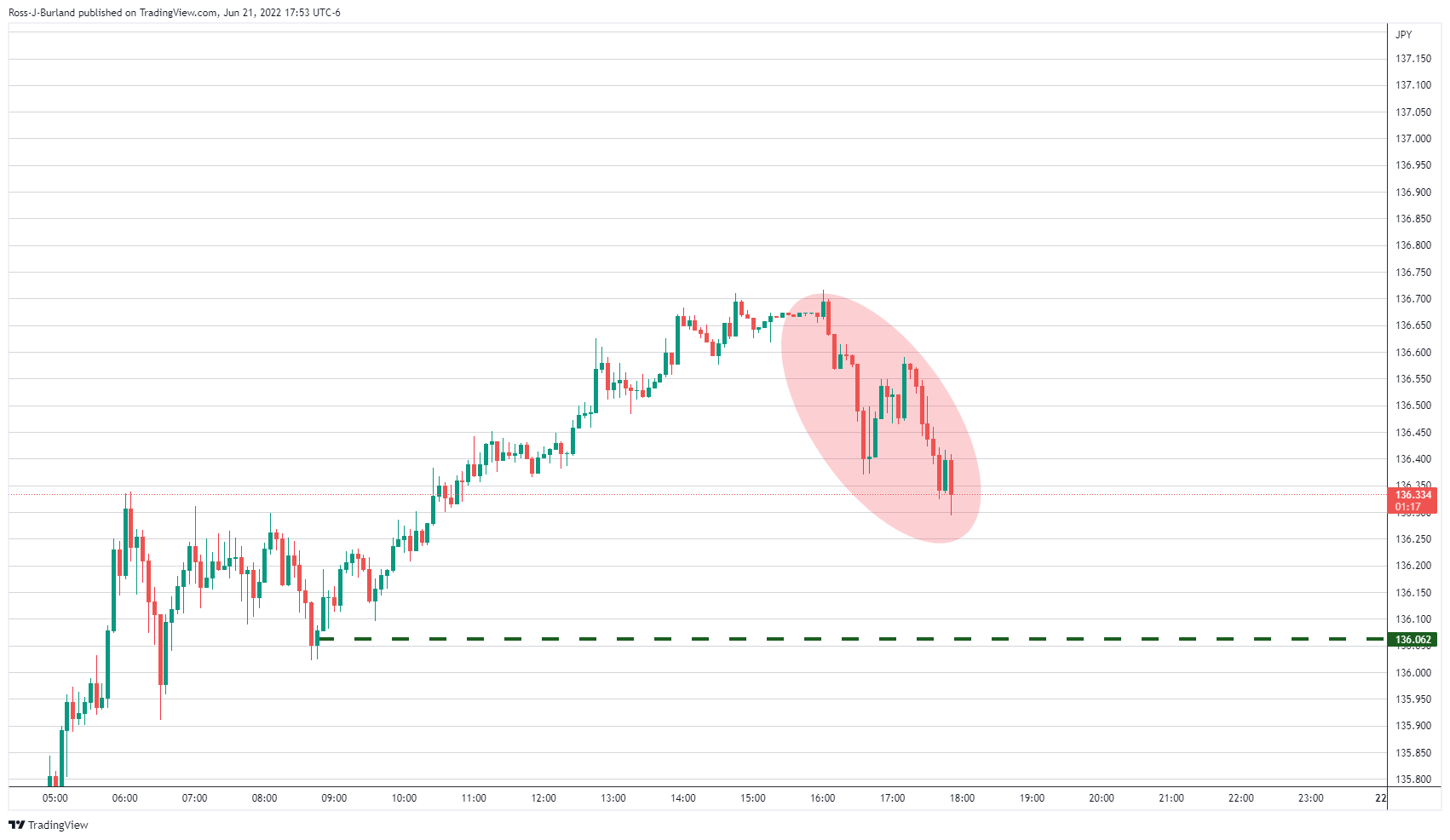 The price is moving in the direction of the target, although the hourly chart’s M-formation would be expected to see the price drawn in to test the neckline as illustrated below: 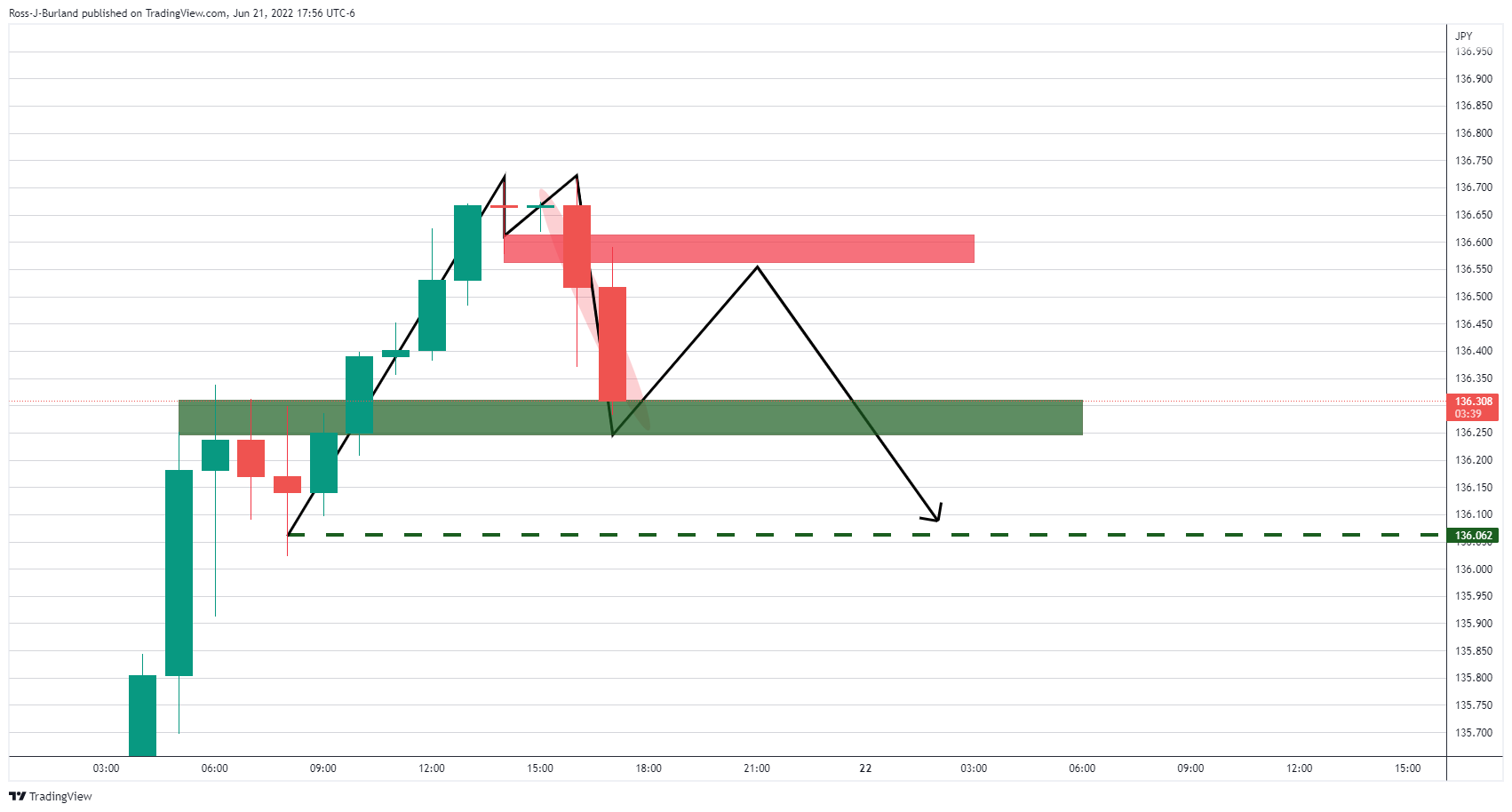 About the BoJ minutes

These meetings are held to review economic developments inside and outside of Japan and indicate a sign of new fiscal policy. Any changes in this report tend to affect the JPY volatility. Generally speaking, if the BoJ minutes show a hawkish outlook, that is seen as positive (or bullish) for the JPY, while a dovish outlook is seen as negative (or bearish).