The Canadian Dollar is backed by one of the most aggressive central bank rate forecasts amongst the majors while growth forecasts are holding up pretty well. Despite that, the currency has generally performed well. Could this over-stretched optimism set the Loonie up for a reversal?

What currency cross you chose to represent a single currency is important. For example, if you were to evaluate the Canadian currency through the lens of USDCAD, it would seem that the fiat is in a fairly weakened state. We experienced a pullback over the past few weeks from two-and-a-half year highs but we are still not far from the peaks that are approximately around the 38.2 percent Fibonacci retracement of the post-pandemic range. Now, that being said, I believe that the US Dollar has exerted serious weight for this and other ‘majors’, so evaluating the fundamental circumstances of a currency relative to an overriding counterpart is fraught in misdirection. This is not to suggest I don’t watch this cross. I do. There is considerable fundamental connection between the two countries (and thereby currencies), but there is heavier movement elsewhere that suggests what we should really be watching going forward. 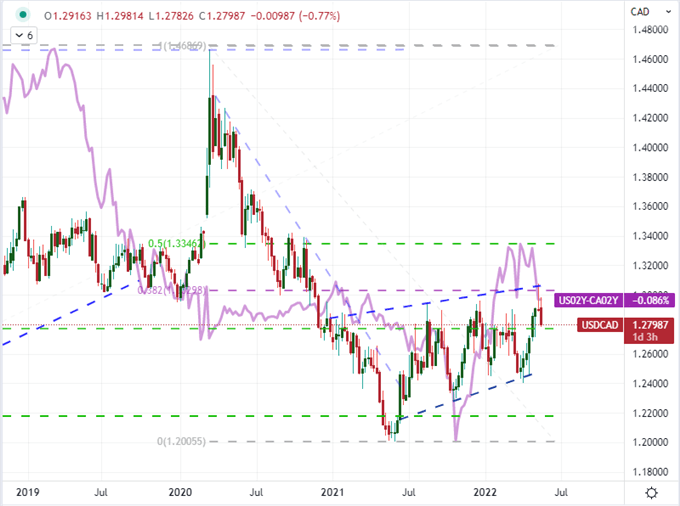 First and foremost, monetary policy has proved itself to be a critical driver of speculative interests and thereby price action as of late. In the case of the Bank of Canada’s course, the group is seen (via swaps) pricing in rate hikes that would push the group’s benchmark up to 2.91 percent. That is already a hawkish view that would be difficult to build upon – or a threat to financial stability if we did see that persistent iterative quality. It is possible that inflation statistics continue to push higher and force the BOC to act. However, the Loonie is already laden with speculative confidence. Looking at crosses with comparable yields and yield trajectories – such as the Pound and BOE, New Zealand Dollar and RBNZ among others – I am looking for contrast in crosses that sees distinct deviation from natural assumptions. 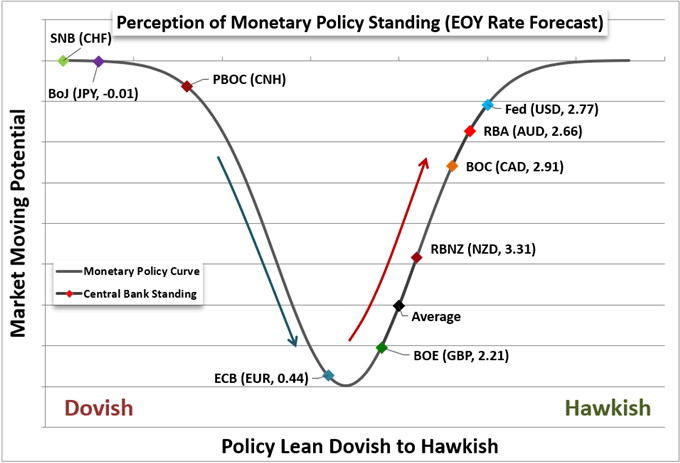 Speaking of relative monetary policy, we deserve to take a moment to appreciate the short-term interest rate forecast spike we have absorbed for Canada. While there are multi-year highs in rates for countries like the US, UK and others; Canada’s 2-year yield is pushing a 13/14 year high while many others are just pushing highs with a few years – perhaps even months – contrast. I believe the possibility of a stall and even pullback here is high, just as is with many other peers. That creates a scenario where the Loonie is more prone to a retracement where it is particularly strong. 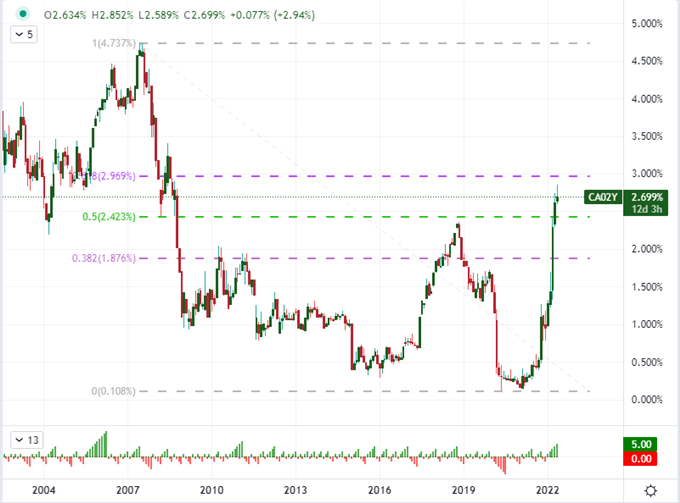 Naturally, if you are analyzing and trading around the Canadian Dollar, one of the first instruments you consider USDCAD. While there is nuance in rate forecasts and inflation views, the same connectedness between Canada and the US tends to dampen the swings in rate speculation. Yet, that doesn’t meant that all hawk-on-hawk evaluations render the same extreme inertia. In fact, NZDCAD may be one of the most pressurized pairs with a hefty, multi-month slide that seems stretched on the face of it. If this pair does clear 0.8200, perhaps it will lend itself to shifting the speculative message. There are other CAD pairs where the counterpart stages impressive reversal risks including EURCAD, GBPAD and AUDCAD. 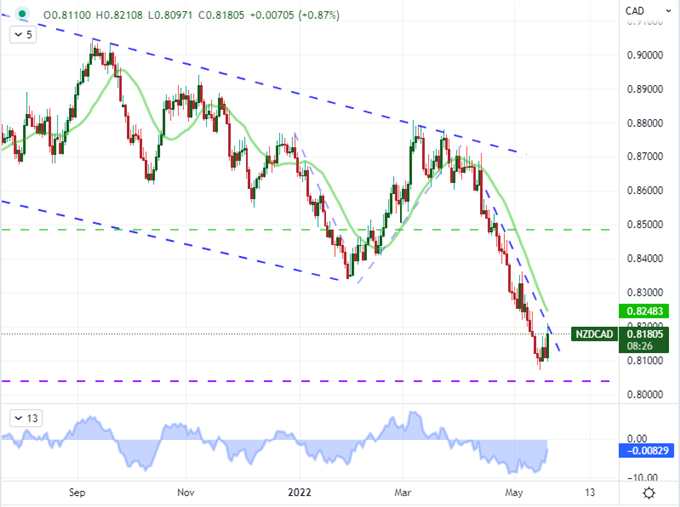 The Forex NewsPaper Jul 5, 2022 0
In recent trade, UK political Tory resignations are dropping like bombs due to the…