Gold Price Forecast: XAU/USD Breaks Lower, Will it Hold Before the Weekend Starts?

Gold prices weakened over the past 24 hours, extending a downtrend that has its beginnings in late February. The anti-fiat yellow metal remained under the pressure of a stronger US Dollar, which continued to capitalize on this week’s hotter-than-expected US inflation report.

The reality of tightening monetary conditions around the world is working against the yellow metal, which bears no inherent yield from holding the asset. It is also widely priced in the greenback across the globe, making it quite sensitive to an increasingly hawkish Federal Reserve.

Over the remaining 24 hours, XAU/USD is eyeing University of Michigan Sentiment data. The survey is expected to clock in at 64.0 versus 65.2 prior. One-year inflation expectations are anticipated to rise though to 5.5% from 5.4% prior. The latter could keep the central bank on its toes for the time being.

On the daily chart, the yellow metal has broken under a rising trendline from the beginning of August. Further downside confirmation could spell trouble for gold. Keep a close eye on immediate support, which seems to be the 100% Fibonacci extension at 1818. On the other hand, pushing back above the trendline would place the focus on the 20-day Simple Moving Average. 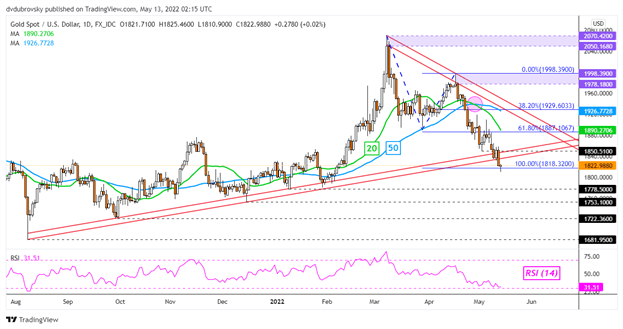 Looking at IG Client Sentiment (IGCS), about 84% of retail traders remain net-long gold. IGCS tends to function as a contrarian indicator. As such, overall positioning is hinting at further losses. This is as downside exposure decreased by 7.03% and 9.59% respectively. With that in mind, the combination of current and recent changes in positioning is offering a stronger bearish contrarian trading bias. 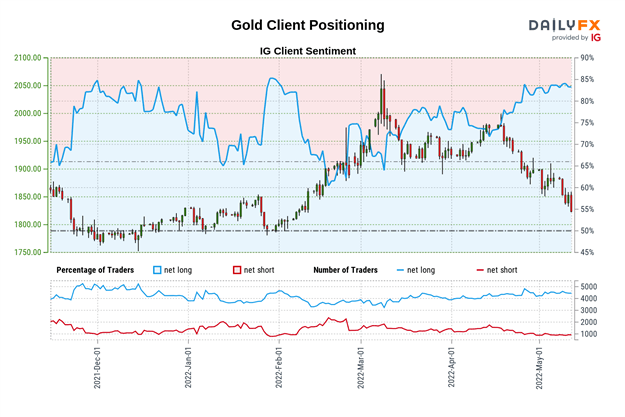 Monero Gets Blasted on Thursday