Sudden Reversal of the Trend


The US dollar jumped strongly after US inflation figures for April came in stronger than markets had expected, leading to warnings that it may take some time before price increases begin to slow. Accordingly, the price of the USD/JPY currency pair remained stable around and above the 130.00 psychological resistance, which is leading the currency pair towards its highest in 20 years. At the beginning of this week’s trading, the currency pair jumped towards the resistance 131.35 before settling around the 130.00 level at the time of writing the analysis.

According to official figures, the headline inflation of the US consumer price index rose by 8.3% on an annual basis in April, exceeding the agreed forecast of 8.1%. The figure is less than 8.5% in May. But it was this win over expectations that moved the markets and saw the dollar rise rapidly as investors bet that the Fed would remain vigilant and proceed with a series of US interest rate increases.

Core US CPI inflation rose 0.6%, doubling the 0.3% rate recorded in May, but came in slightly above expectations of 0.2%. Commenting on the figures, Richard Carter, head of fixed interest research at Quilter Cheviot, said: “It is too early to declare victory with inflation likely to remain elevated for some time to come, while energy prices may also rise if the Ukraine war escalates.”

Carter adds that while inflation in the US has hopefully peaked, other countries cannot say the same, and this has become a global problem. Prior to the inflation release, money markets were pricing in nearly 200 basis points for the 2022 Fed rate increase. The numbers will at least keep that expectation supportive. Concerns about global economic growth are growing because of the rapid pace of the Federal Reserve in tightening, which is effectively draining liquidity from the United States and the global economy.

The US economy will inevitably begin to slow down as a combination of slowing global growth and higher financing costs take effect.

The US Dollar Index (DXY) surged to a new 20-year high this week on continued expectations of rapid Fed tightening and fears of a global economic downturn that tends to benefit the anti-cyclical dollar. The index a measure of the broader strength of the US dollar based on several key dollar exchange rates. jumped on the heels of the inflation figures and reaffirms that weakness is likely to be seen as temporary in this environment.

According to the technical analysis of the pair: By examining the performance of the USD/JPY currency pair on the daily chart, it seems clear that the bulls’ control of the trend has approached the peak. The markets have absorbed all the events supporting the dollar from raising interest rates and the results of the most important US economic releases and technical indicators have reached overbought levels. It may be the strongest opportunity for profit-taking selling and a trend reversal. Moving in narrow ranges for several trading sessions in a row portends an upcoming strong move. 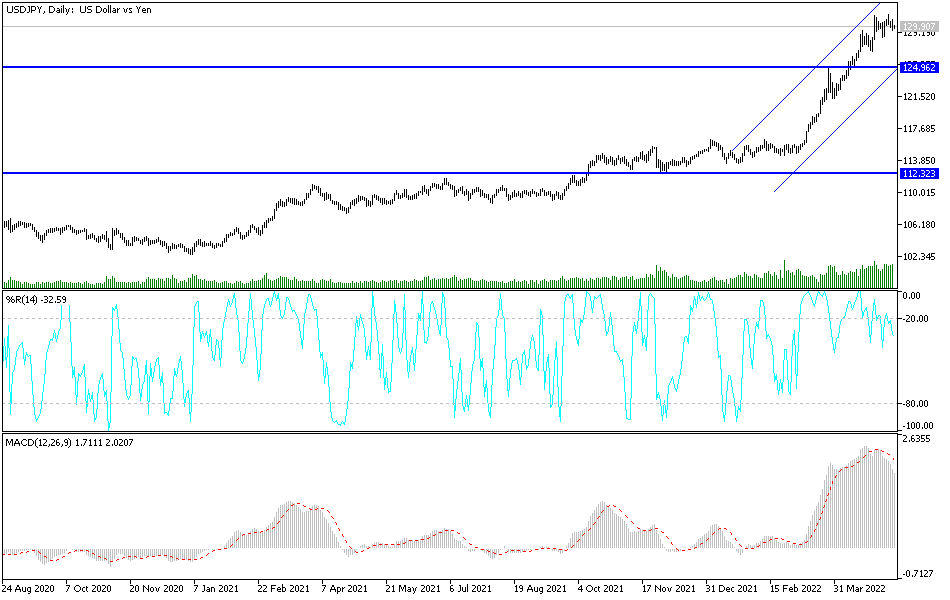 Why should business executives think about currency trading? | Cyprus Mail