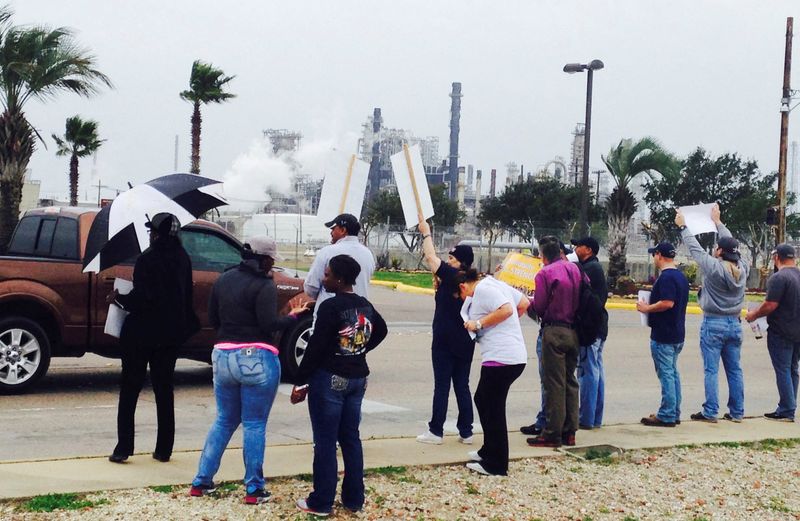 © Reuters. FILE PHOTO: Workers and their supporters picket outside the Motiva Enterprises crude oil refinery after the United Steelworkers union called a walkout at the plant, the largest of its kind in the United States in Port Arthur, Texas February 21, 2015. REU

HOUSTON (Reuters) – U.S. oil refiners have offered union oil and chemical workers a 9% pay raise over three years, according to people familiar with the matter, as talk on a new labor contract near a deadline.

The United Steelworkers union and Marathon Petroleum Corp (NYSE:)., which is representing oil refinery, pipeline and chemical companies, were hoping to avoid a possible strike.

The existing contract, which covers about 30,000 workers across the United States, expires shortly after midnight.