It looks as if we will continue to see plenty of selling opportunities if you are just patient enough.

The NASDAQ 100 has spent most of the month of January falling apart, which makes sense considering that the higher interest rates tend to bring down valuations in highflying stocks. Where do we find the highest valuation stocks? The NASDAQ 100. That being said, it should continue to go much lower. In fact, the last week of the month of January started with a gap lower, and then a lot of volatile trading back and forth. It is worth noting that the high of the week touched the 50-week EMA before pulling back.

At this point, the last candlestick of the month of January suggests that we are finding a certain amount of support, but that support will more than likely be short-lived. After all, the Federal Reserve has made it clear that they are not worried about the stock market, at least not yet, so it does make sense that this market would continue to fall. I think most of February will be about selling signs of exhaustion after a rally, and probably will be for the next couple of months.

The one thing that would change everything is if in fact the Federal Reserve changes, but that is not happening in the month of February. They have to at least try and convince people of their credibility, and with the President of the United States pushing the envelope when it comes to inflation and having the Federal Reserve tackle inflation, that means higher rates, which is a bit of a cycle at this point. As long as that is going to be the case, I do not have any interest in trying to buy this market. Short term, I might be willing to short the market, but at the end of the day the longer-term trajectory is almost always on, because the Federal Reserve will buckle and give in to Wall Street. The more aggressive we go to the downside, the more likely that we will have some type of influence from the Federal Reserve. In the short term though, it looks as if we will continue to see plenty of selling opportunities if you are just patient enough. That is exactly how I will be trading this market, but I recognize that anything below the 12,000 level will almost certainly cause interference. 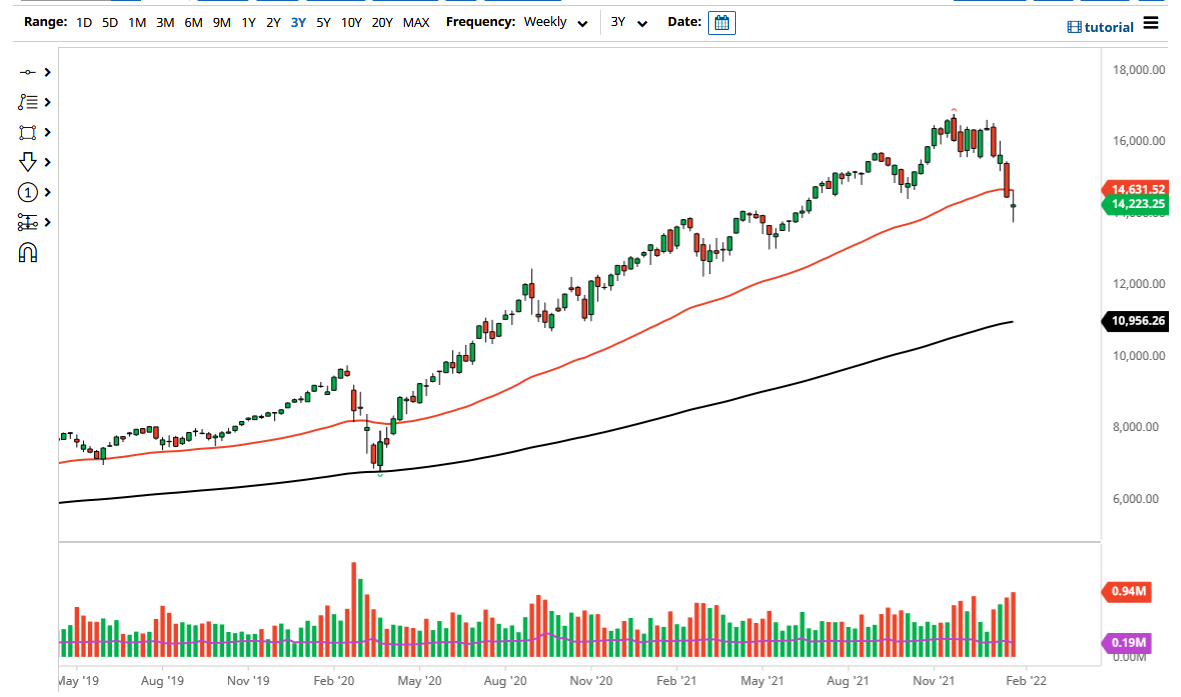 Wake Up Wall Street (SPY) (QQQ): Can Apple halt the slide or is that like fighting the