Personal Consumption Expenditure naturally attracts a lot of attention as the Fed’s preferred measure of inflation. However, despite the beat in inflation, the figures are more or less in line with the estimate and anything other than a massive beat is likely to disappoint the raging dollar. This was much like the market’s reaction to the highest CPI print in 40 years which happened to print in line with forecasts 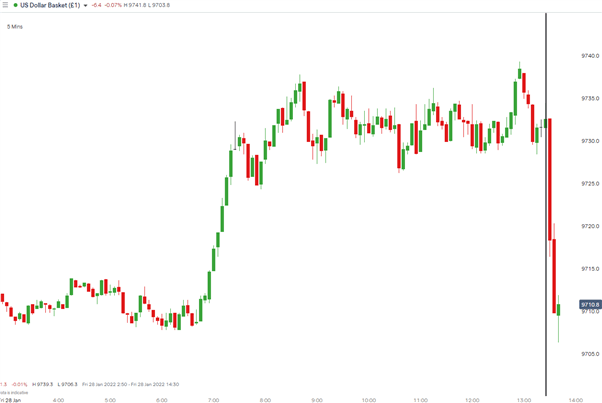 Similarly, the S&P 500 received a slight boost after the release trading in the region of 33 points higher.

— Written by Richard Snow for DailyFX.com