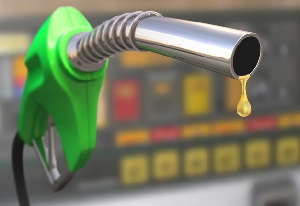 Fuel prices to increase in January 2022

Projected hike is due to increase in international crude oil prices

The Institute of Energy Studies has predicted that the prices of petroleum products are expected to go up slightly effective January 1, 2022.

The IES said the projected hike in fuel prices is due to the increase in the price of Brent crude and gasoline as well as a slight depreciation of the Ghana Cedi.

It also indicated that the reintroduction of the Price Stabilisation and Recovery Levy (PRSL )by the government will further push the prices of petroleum products upwards in January 2022.

In a statement signed by the research analyst of the institute, Fritz Moses, it noted that, “for the January First Pricing-Window, the 8.18% increase in the price of the International Benchmark- Brent crude, the 3.25% increase in price of Gasoline, the 2.09% increase in Gasoil price, the 0.5 per cent depreciation of the cedi against the US Dollar and the reintroduction of the PSRL; the Institute for Energy Security (IES) projects for price of fuel on the domestic market at the various pumps to increase by at least GHp18, representing a 2.8% increase.”

Read the full statement below:

Local fuel market performance
The price of fuel on the local Ghanaian market experienced a marginal decrease within the window under assessment. The price of petroleum products at the beginning of the second Pricing window of December 2021 saw the majority of the Oil Marketing Companies (OMCs) reduce their prices at the pump by 1.5%. The current National Average price for both products is pegged at Gh¢6.50 per litre, a 1.21% reduction from the previous window’s price of Gh¢6.58 per litre.

The IES Market-Scan picked Benab Oil, PetroSankofa, Star Oil, Goodness Oil and Top Oil as the OMCs with the least-priced fuel on the local market for the window under review. Prices of these OMCs ranged between Gh¢6.330 and Gh¢6.47per litre for both products.

The OMCs with the highest priced were Semanhyia (Gh¢6.70), Engen, Total, Shell (Vivo) and Puma, all selling at Gh¢6.65 per litre for all products.

World oil market
The International Benchmark Brent Crude saw its price rise within the period with prices selling on average at about $74.75 per barrel, representing an increment of 8.18% from the previous window’s average price of $69.10 per barrel.

For this pricing window, the spike in cases of the pandemic, led mainly by the Omicron variant of the virus sparked some fear of demand destruction among traders. The rapidly growing number of Omicron cases worldwide has raised concerns about another period of sluggish demand. Currently, Omicron has already established itself as the main COVID strain in the United States and near the dominant strain status in many European countries as well.

Despite early indications that Omicron will be less severe by the World Health Organization (WHO) and other allied agencies and institutions, the market will need to wait out this period of negative news before reclaiming its positive mood and return fully to the prices prior to the announcement of the variant.

The markets reacted to the news within the window, causing prices to tumble from above $75 per barrel to reach near $70 per barrel.

Within the same period, the supply issues with the Libyan crude influenced traders’ reaction on the markets, forcing prices to prop up. The situation only forced temporary support for oil producers as prices increased with the skirmishes in Libya, leading to a force majeure on oil exports and providing some upward pressure on prices.

The news of US crude oil inventories apparently falling for the fourth week in a row also caused some changes in the oil market. The falling U.S. oil inventories as announced by the American Petroleum Industry further propped-up oil prices.

Local forex
Data monitored by the IES Economic Desk from the Foreign Exchange (Forex) market shows that the Cedi depreciated further against the U.S. Dollar by 0.5% in the just-ended pricing window to close trading Gh¢6.24 to the US Dollar from the previous window’s rate of Gh¢6.21 to the US Dollar.

Projections
For the January First Pricing-Window, the 8.18% increase in the price of the International Benchmark- Brent crude, the 3.25% increase in price of Gasoline, the 2.09% increase in Gasoil price, the 0.5 per cent depreciation of the cedi against the US Dollar and the reintroduction of the PSRL; the Institute for Energy Security (IES) projects for price of fuel on the domestic market at the various pumps to increase by at least GHp18, representing a 2.8% increase.

Read More : Prices of petroleum products to increase by at least GHC18p in January 2022 – IES

When Forex Traders try to recruit you