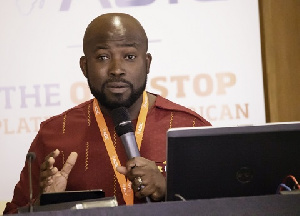 CEO of the Ghana Chamber of Bulk Oil Distributors (CBOD), Senyo Hosi, says the current price of fuel at the pumps can be reduced to GH¢6.00 per litre should government decide to take the needed decisions, including directing the central bank to increase forex supply to the downstream sector.

“Those pricing petrol today will be doing that with a Foreign Exchange (FX) rate of about GH¢ 6.6 or GH¢6.5, but the Bank of Ghana releases FX to the country from time to time at a rate of about GH¢5.9 thereabouts.

If government makes it a policy that oil has a cascading impact on all products and the general economic life so it is directing the Bank of Ghana to dedicate its FX supply to the oil sector, we’ll be able to reduce petroleum prices from GH¢6.7 to about GH¢ 6.2,” he said.

The BOST and transport margins in the fuel price build-up, according to Mr. Hosi, are overpriced and need to be reviewed to bring the price of the commodity down for the benefit of the masses.

“There are a number of things that don’t need to be there [ the price build-up]. The BOST margin for instance. [Also] our transportation margins are overpriced. We can easily get our price back to below GH¢ 6 or just at GH¢ 6 if we want. But these are decisions government needs to take,” he said on Joy FM’s news analysis programme NewsFile on December 11, 2021.

A sit-down strike by commercial drivers on December 6, 2021 to force government to act over rising fuel cost caused hundreds of workers, who rely heavily on private commercial vehicles, to walk miles to work or absent themselves from work.

In a country where state-operated public transport system is not well developed, private commercial drivers and individual car owners have had to bear the brunt of the price surge in a challenging economy struggling to recover from the full effects of the COVID-19 pandemic.

Petroleum pricing in Ghana was deregulated years ago, leaving it to the forces of demand and supply, but a surge in the price of the commodity has led to agitations by various driver and trade unions for the removal of some ‘nuisance’ taxes on the commodity to bring prices down.

State-owned GOIL, which is listed on the Ghana Stock Exchange (GSE), reduced its prices to cushion consumer in controversial circumstances.

A litre of fuel at the state-owned Goil pumps was earlier selling at about GH¢ 6.7, one of the lowest on the market.

GOIL, which has been accused by other Oil Marketing Companies of having been forced by government to reduce prices, has refuted the allegations.

The company in a statement noted that GOIL as a listed company and takes decisions independently and that their price reduction was in response to the harsh post-COVID-19 conditions its shareholders were living under.

“GOIL wants to state categorically that at no point did the government direct the company to reduce its fuel prices as being alleged,” a press statement signed by the CEO and Managing Director of GOIL Company Ltd, Mr. Kwame Osei-Prepeh, said.

“GOIL is a listed company with a constituted Board of Directors and Management and takes decisions based on prudent commercial principles,” he added.

Covid relief grant set to be extended for another year: report

To save forex: Govt decides to allow minimum load-shedding till Dec