Last Wednesday’s GBP/USD signal produced a short trade from the intraday bearish reversal at $1.3473 which broke even.

Trades must be taken between 8am and 5pm London time today only.

I wrote last Wednesday that if UK inflation came in significantly above 3.9%, I expected the price to spike higher and quite possibly break above $1.3500, at least temporarily.

This was a good call as inflation came in at 4.2% and the price did rise and break above the nearest resistance level below $1.3500 and $1.3500 but only for a short while, before the price turned bearish again.

The Forex market has been dominated by strength in the US dollar and so the movement in this currency pair has naturally been lower over recent days. However, the pound was somewhat stronger than the euro so it held up a little better, but now seems to be as weak as the euro, although the falls in both currencies have begun to slow.

Overall, the technical picture looks weakly bearish, but the support level at $1.3319 looks likely to be significant, because there is no support below it for quite a long way. This means that $1.3319 is likely to be strongly defended by bulls, but if it does break down, there could then be a sharp bearish price movement. 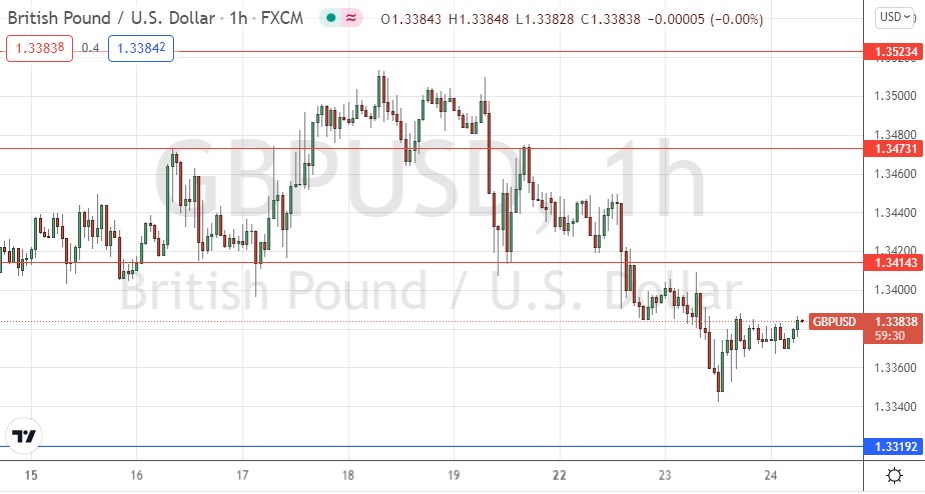 Get Ready to Buy Avalance Crypto AVAX and Terra LUNA