JOHANNESBURG – Sandile Shezi, who at 23 years old refers to himself as a self-made millionaire, has been accused of fraud and had to forfeit his bail money as he arrived late for his court appearance today (24 Nov).

Shezi was due to appear at 8:30 am at the magistrate’s court in Wynberg, Johannesburg but he was not there for long as he arrived two hours late, and was consequently ordered to pay R3 000 for his release and R5 000 for his bail. 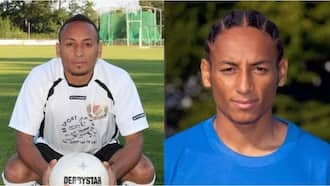 He is charged with defrauding a shareholder and business partner out of R500 000. Shezi’s business, Global Forex Institute (GFI), assists its clients in establishing their own trading platforms, with a specific focus on forex trading, News24 reports.

According to Times Live, Shezi’s next court date is set for 9 December 2021, where another person, whose identity is currently unknown, will appear alongside him as a co-accused. The case will be investigated further in the lead-up to his next court appearance.

Shezi, who hails from Durban, started his business career by selling baked goods and second-hand clothes in his community when he was a teenager. He studied at the Durban University of Technology but dropped out in his final year to pursue his career. 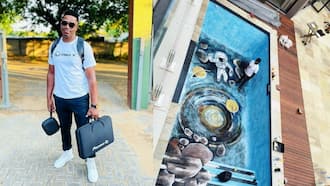 He taught himself about forex trading and started investing online. He partnered with George Van der Riet. who had served as his mentor, to start GFI, which made Shezi South Africa’s youngest millionaire. However, many people have come forward with fraud allegations, extra to that for which he is currently facing charges.

“This disappointing we thought his businesses legit and were lawful not a scam.”

“Self proclaimed says it all.”

“Self-proclaimed. When a 23 year old says this and then drives big fancy cars, it can only end one way. Quality time in an orange overall.”

“Eh eh eh. While they have him maybe SARS must review his taxes.”

Previously Briefly News reported that 29-Year-old Sandile Shezi, the Bitcoin trader who is being accused of defrauding investors is finally in police custody after he handed himself in.

Collen Mashawana: A well-known entrepreneur, astute businessman and philanthropist based in South Africa

Shezi’ through his legal representation has maintained his innocence despite multiple people coming out and stating that they have been duped by the self-proclaimed millionaire.

At the time, his legal team stated that Shezi only found out he was a wanted man through media reports and was not served with any legal proceedings personally.

Forex Today: Dollar’s rally continues and is far from over