Since the 19th of October, the USD/SGD has produced a significant trading range, which when looked at via a one-month chart, looks like a bouncing ball.

The USD/SGD is near the 1.34740 ratio as of this writing. Trading conditions continue to be choppy as the Forex pair trades in a rather tight but speculative range. Since the 19th of October, the USD/SGD has largely moved within a range of 1.34350 and 1.34980 with the occasional outliers. Speculators who do not like holding onto positions overnight and waiting for their targeted values may be finding the trading territory rather difficult if they have been unlucky enough to wager on a reversal which has been mistimed.

After reaching a high of nearly 1.35130 yesterday and touching values last seen on the 18th of October, the USD/SGD did produce a reversal lower and essentially hit the 1.34660 mark early this morning. Yes,the upwards movement yesterday did break out of the ‘consolidated’ range spoken about in the paragraph above, but maybe that is a sign of things to come. Global Forex will likely take on a rather speculative tone over the next 48 hours as financial institutions brace for the pronouncements of the U.S. Federal Reserve.

The problem for Forex traders that are fundamentally based is that nothing any central bank says for the moment seems to be acknowledging they are all faced by growing challenges. This leave technical traders in an intriguing position, because nervous sentiment is creating a bouncing ball effect for many of the major currency pairs including the USD/SGD and potentially can be taken advantage.

The ability of the USD/SGD to climb above the 1.35000 level yesterday may be an indication the capability for another move upwards is possible. Traders should certainly expect choppy conditions to continue over the next two days, but the potential of buying the USD/SGD near lows which test technically efficient support levels and then igniting long positions does look like a tempting speculative wager.

If current support levels near the 1.34700 to 1.34650 vicinities prove durable, traders may find buying the USD/SGD an attractive position while aiming for resistance levels which have been proven to be a magnet over the past two to three weeks of trading. Entry orders should be used by conservative traders to make sure their fills are productive, but more aggressive traders may want to buy a market position near perceived lows and bet on the 1.34850 to 1.34950 levels to be challenged again short term. 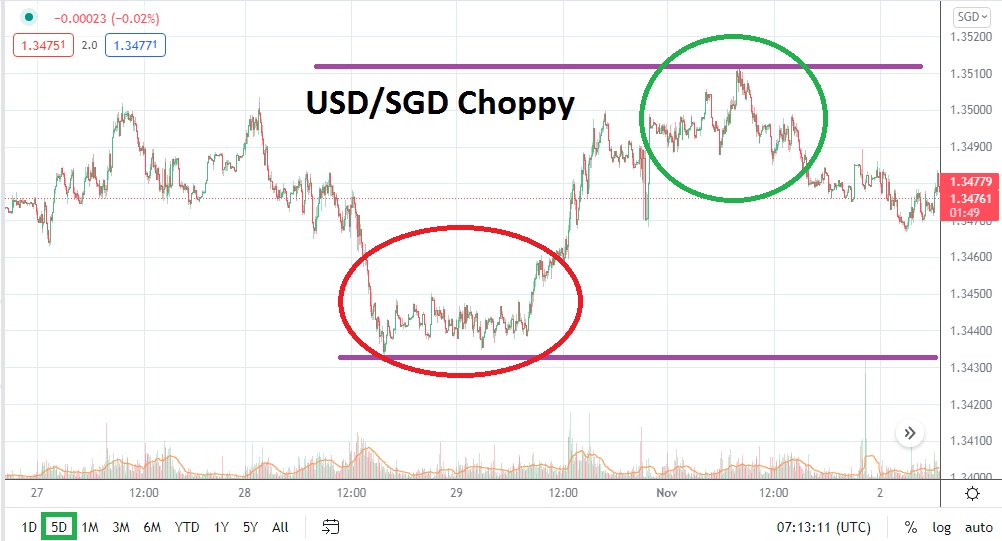 GBP/USD to extend its correction lower towards the 1.3569 mark – Commerzbank