Wheat prices have continued to surge higher and the speculative trend is being hit with a combination of factors which have propelled the commodity.

Wheat prices have begun the trading day above 800.00 USD per bushel, a price ratio which has not occurred in a long time, and a combination of factors are certainly causing massive speculation to arise within the commodity. However, it should be noted the price of wheat has been within the grasp of strong speculative forces before, the last time wheat traded above 800.00 USD per bushel was in 2012 when the price climbed to a high of nearly 948.00 in June of that year.

And before speculators say those times were different, they should also note that in 2008 a wild fury of buying saw wheat prices hit the 1358.00 level for a brief period of time.  The current price of wheat may seem high and may actually be overpriced, but that doesn’t mean it is about to reverse lower suddenly.

Yes, wheat can certainly trade downward. However, the combination of higher fertilizer costs for farming, weather forecasts and the effect on soil conditions, combined with large international purchases recently has sparked a surge of speculative fever in the price since the 13th of October, when wheat was trading near 713.00 USD per bushel.

Trading wheat should be treated very carefully by inexperienced speculators. Its price can move swiftly and the combination of leverage can cause emotional reactions for traders who are unaccustomed to the volatility. If current support levels for wheat are sustained near 800.00 and 795.00 this could be a signal additional buying momentum might be demonstrated and another leg up can occur. While wheat is traversing within long-term higher price ratios, some speculators who are using long-term charts and wishing upon the stars may believe the value of the commodity can hit the 815.00 to 820.00 ratios near term.

Speculating on wheat is a volatile mission. If a selloff were to materialize and the 792.00 and 790.00 support levels began to look vulnerable, a fast move lower is not out of the question. However, in the short term, there appears to be a significant amount of buying momentum which might make wagering on additional bullish positions worthwhile. 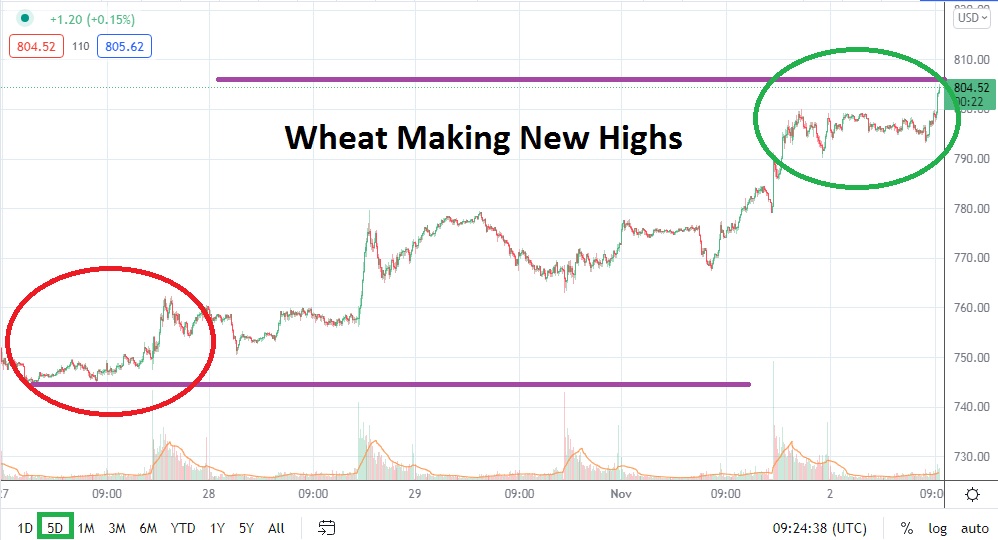 Hang Seng Under Pressure as Fears Mount Over China Slowdown