JOHANNESBURG – 29-Year-old Sandile Shezi, the bitcoin trader who is being accused of defrauding investors is finally in police custody after he handed himself in.

Shezi’ through his legal representation has maintained his innocence despite multiple people coming out and stating that they have been duped by the self-proclaimed millionaire.

At the time, his legal team stated that Shezi only found out he was a wanted man through media reports and was not served with any legal proceedings personally, according to The South African. 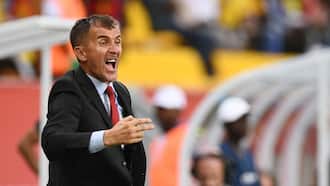 According to TimesLIVE, Shezi was accompanied by his lawyers when he handed himself in on Wednesday, 20 October. He is scheduled to appear at the Randburg Magistrate’s Court on Thursday, 21 October.

A former principal is accusing Shezi of defrauding him of R1.3 million while his business partner, as well as an investor, says he was defrauded of R500 000.

A primary school teacher from Mpumalanga Angel Mabena says he had to loan R200 000 to invest in Shezi’s company Global Forex Institute (GFI) believing that it was a platform to teach students about trading, according to the SundayTIMES.

Mabena says she loaned the money from her family members.

“I saw Sandile Shezi (self-proclaimed forex millionaire) do a forex presentation a couple of yrs ago and knew straight away this guy hasn’t a clue about trading. Today I read he is wanted for fraud. Am I surprised? Definitely not.” 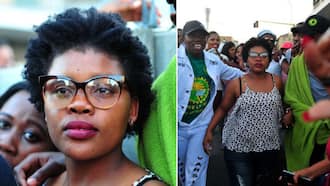 ” I went to this guy’s seminar and he said he’ll give people metatrader 4 app for free. That’s when I knew that he’s a chancer nyana”

“He can pay it back any time though. Clearly, he wasn’t aware of this.”

Briefly News previously reported that the South African Police Services has issued a warrant of arrest for a cryptocurrency trader Sandile Shezi who allegedly scammed one of his investors of half a million.

Shezi is also known for claiming to be a millionaire and being a foreign currency trader. He also has a firm called Global Forex Institute that host seminars for people interested in trading.

According to a report by the City Press, the investor 29-year-old Shezi swindled out of money is a man named Allan Ledwaba from Johannesburg.