Anyone Buying Crude Oil at the 20 SMA?


WTI crude rose as high as $83.87earlier today, but has pulled back to unchanged at $82.42 on the day. Oil bulls have shown a remarkable willingness to buy dips in the eight-week rally from $62, but we’re seeing some signs of profit-taking today.

The move didn’t come on any news but I suspect we’re seeing some profit-taking above $80, after such a strong rally. The issues that oil bulls have been highlighting for some time are going mainstream. There’s plenty of talk about undersupply now and OPEC+ is facing pressure to act.

There are also growing signs that Iran will come back to the table and sanctions will be eased. Democrats in the US Congress are much more likely to lose the midterms based on high energy prices rather than Iran policy so it makes sense for the US to soften its stance.

Besides that, the Chinese GDP report today was quite soft, showing that the economic slowdown in China is real. Technically, there are obviously some overbought signals here on the larger time-frame charts, but they have been there for a while. I don’t see any reasons to get bearish here but a deeper fall would target $80 and then the July high near $77.00. Although, the 20 SMA is holding as support for now and we might even see a bounce from here. So, is anyone buying US crude Oil here? 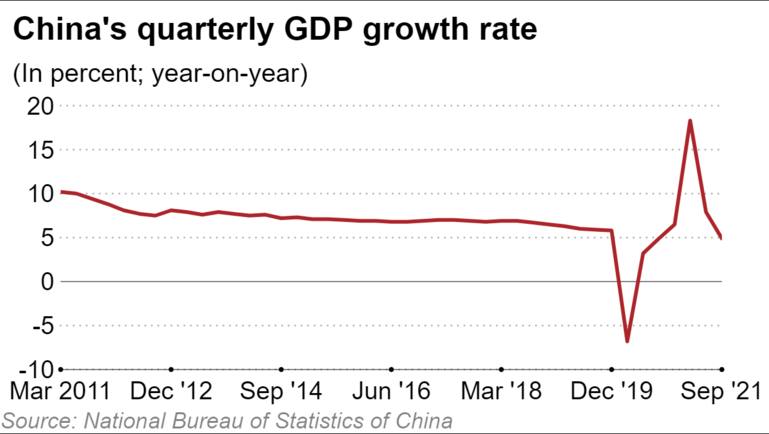 Chinese GDP tumbles lower after the surge in Q1

According to the People’s Bank of China PBOC, Q3 saw a renewed round of COVID-19 outbreaks and restrictions, supply chain bottlenecks, and a relatively tight PBOC policy stance.


Read More : Anyone Buying Crude Oil at the 20 SMA?

Rupee drops by 9 paise to 75.35 a dollar on high crude oil prices

Cnergyico terms news regarding shutdown of its Refinery ‘highly misleading’